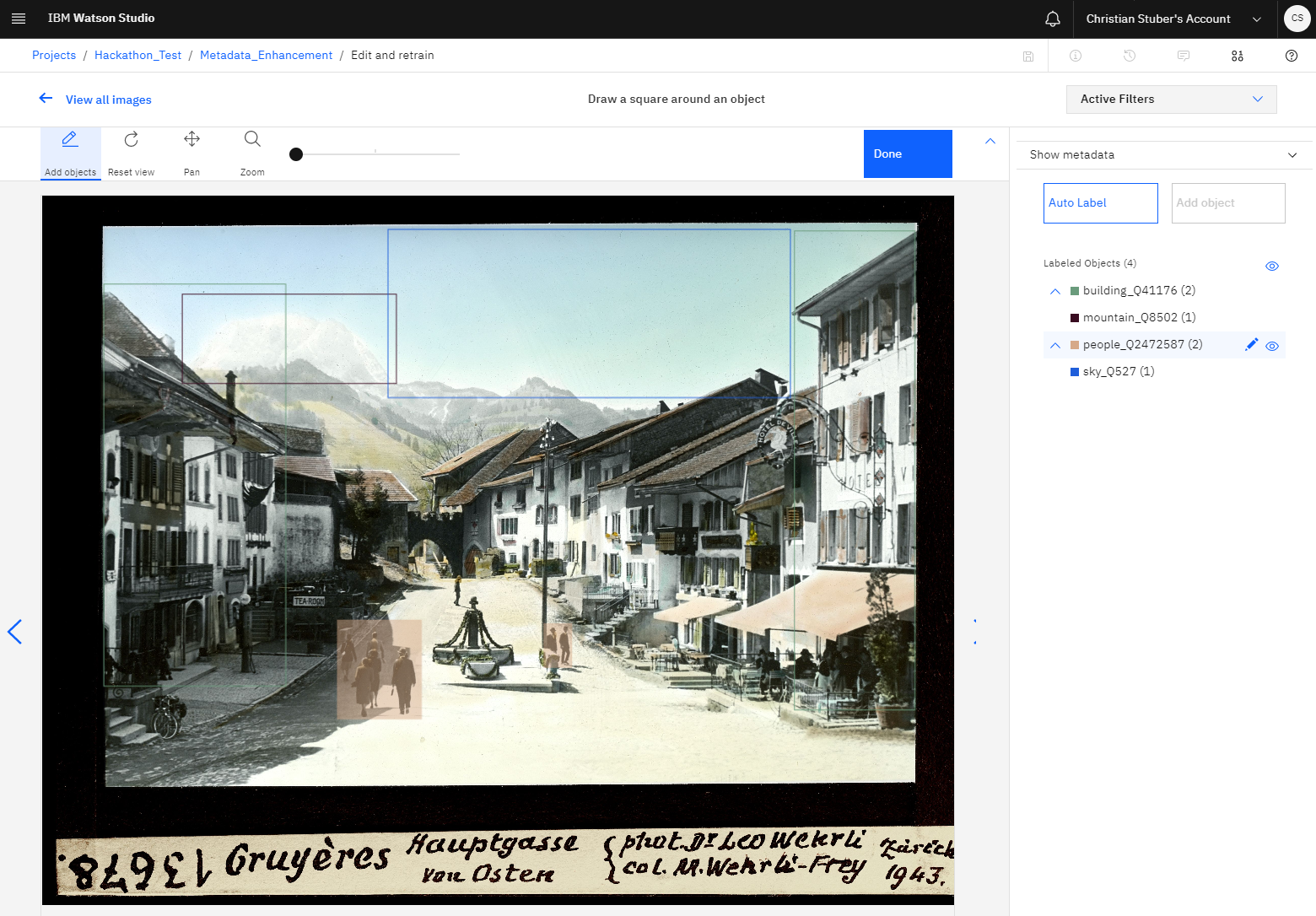 Create an app to semi-automatically add “depicts” statements to photographs on Wikimedia Commons.

What already has been done:

What could be done during the hackathon:

Link to video recording of the project presentation during the GLAMhack side programme: https://fhgr.webex.com/recordingservice/sites/fhgr/recording/playback/c3098c0cf14845ddb6f9338f400d4be7 (password: GLAMhack2020)